“I began my professional career at fifteen years of age, playing guitar at bars and clubs, first in NYC and then in Philadelphia.” 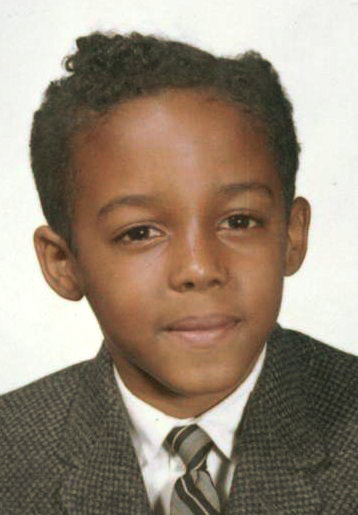 I was born in 1953 in Queens, NY, the son of an educator and a doctor. For the first six years or so of my life, I grew up with my parents, younger brother, aunt and uncle in the loving, nurturing home of my maternal grandparents. Although no one in the family was a musician or singer, music was an important and natural part of our lives. I listened to an eclectic mix of jazz, r&b, rock and roll, Broadway show tunes, and pop music on the radio and our old console record player.

My mother provided me with music instruction at the age of six, sending my younger brother and I to piano lessons.  At the age of eleven, caught up in the music explosion from Motown and England, I was smitten by the charms of the electric guitar, and my young , loving, and hard working mother indulged me. I received a brand new Japanese electric guitar for my eleventh birthday, and it was the beginning of a lifelong romance.

Rock, soul, jazz and blues consumed me, with artists like my lifelong hero Jimi Hendrix, John Coltrane, Bob Dylan, Otis Redding, Wes Montgomery, Eric Clapton, Aretha Franklin being a few of those most significant to me.

At thirteen, I was jamming in small high school bands and listening to everything I could get my hands on. Psychedelic rock, funk, blues, jazz rock, soul, folk rock, you name it, I was into it. The sixties in NYC was a mecca for live music, and from the Fillmore to Central Park to Woodstock to the clubs in Greenwich Village, I was there.  The wide world of music began to really open up to me. During high school, I learned all I could about the roots of rock and soul music. This meant, of course, the blues, from Robert Johnson to B.B. King, jazz, from Jelly Roll Morton to Miles Davis, Ornette Coleman and Coltrane, and Little Richard, Jerry Lee Lewis, just to name a few. My  early interest in the classics lead me to explore the music of  many late 19th and early 20th century classical composers, such as  Stravinsky, Schoenberg, Debussy, and Bartok. As a teenager, I played the guitar incessantly, and benefited from the guidance of a few gifted teachers, starting with Dave Barren, followed by Dennis Sandoli and finally, jazz great Pat Martino. Each one taught me an enormous amount about music, playing the guitar and life. I am grateful and forever indebted to each of them. 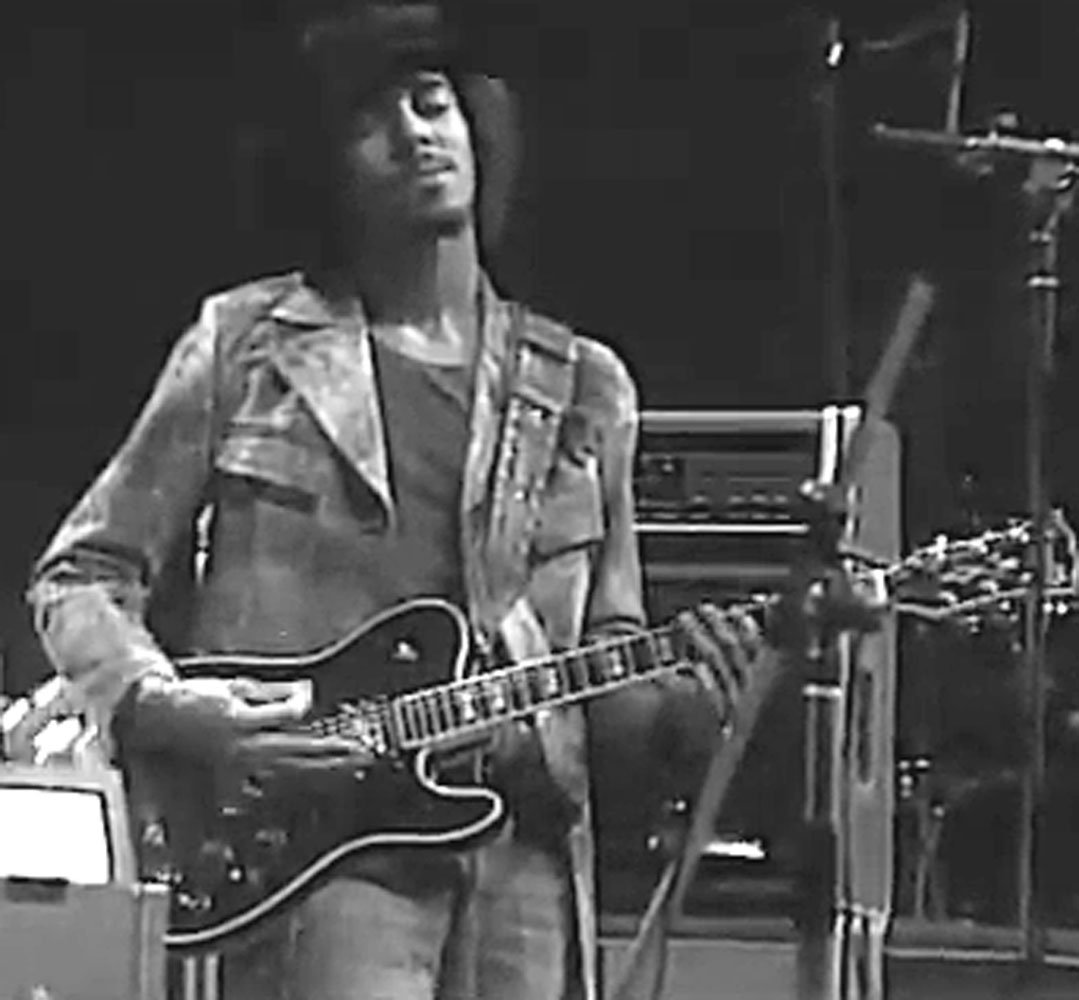 I began my professional career at fifteen years of age, playing guitar at bars and clubs, first in NYC and then in Philadelphia. At the age of seventeen, I  was given my first opportunity to go on the road by the fabulous Billy Paul, the r&b and jazz singer of “Me and Mrs. Jones” fame. By nineteen, I was asked to join the great Miles Davis’s band, and performed with him on stages all over the world for four years. I played on many recordings with Miles, including “Get Up With It“, “Agharta“, and  “Pangaea”  as well as performing on the recordings of many jazz, fusion and r&b artists. Miles took approximately a four year hiatus in 1976, so late in the year my good friend James Mtume, who played percussion with Miles from 1970 – 1976, joined Roberta Flack’s backup band and recommended that she hire me as well. Over the years, the two of us had become close friends with similar goals and ambitions. So we began to collaborate as songwriters with the ultimate goal of producing records. While we were recording the tracks to Roberta’s “Blue Lights In The Basement” LP, Roberta took a break and her co-producer and engineer at the time, Joe Ferla, allowed us to record a song we had written, The Closer I Get To You. This was very good fortune for us, Roberta recorded it as a duet with Donny Hathaway, and it reached the #2 spot in the Billboard pop charts in 1977. 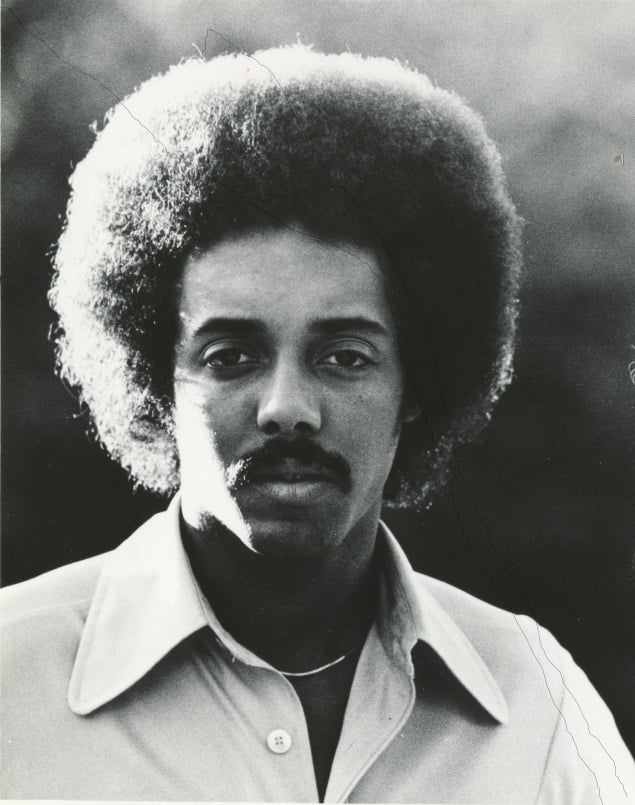 We followed this up with “Back Together Again”, which in 1980 was a top 20 hit for the same team of Flack and Hathaway. We were able to parlay this into a career as independent producers. Successful recordings with Stephanie Mills, Phyllis Hyman, and many others followed. “Never New Love Like This Before” was an #4 Billboard pop hit for Stephanie Mills and we received a Grammy for it in 1980.

By 1983, Mtume and I amicably went our separate ways because of creative differences. He wished to pursue a career as a touring solo artist, which he did brilliantly with the group Mtume and the hit “Juicy Fruit”. I was primarily interested in studio production, and Madonna’s eponymous debut record was my first solo effort, along with my band’s release, Sunfire.

I wrote “Borderline,” Madonna’s first Top 10 Pop single from the album, and “Physical Attraction.” The Madonna album went triple Platinum, with songs that reached the Top 10 worldwide and produced six of the eight tracks on the album.

And here I am, still recording, composing, writing, producing and exploring the amazing musical possibilities in this techno-centric 21st century. It’s been a great ride so far, and everyday I look forward to continuing it with all of you.